The State of Stateful UI

You must be wondering why the title of this post is like this. A couple of months ago I started working on this macOS app. Everything was going fine initially as I had only one UI state which was the one showing content to the user. As I had no prior experience designing and building apps for macOS, I was unaware of any architecture that could ease up the process of showing different UI states. When the time came to incorporate the other UI states namely empty and the error state, I could not do so as I had only one View and an associated ViewController. I did not want to add a separate ViewController for every UI state. What I wanted was a way to load a View into existing ViewController depending on the current UI state.

It could have been done with the help of dreary if/else conditional statements ladder and a couple of boolean variables. So if the song does not have any lyrics (i.e. it is instrumental), the code must hide everything else (the UI elements for content view and error view) and show only the empty state UI elements.

To handle this with one View and its associated ViewController, the scenario could have been like this -

Now you can imagine how many if-else conditional statements will be used in this case. The problem with this approach is -

THE NEED FOR A STATE MACHINE

At this stage, I started looking for all the possible solutions and checked how other devs handle various UI states. A simple (not really 😉) google search suggested that state machines can be used for handling UI states. I found out this repo which utilises a State Machine to handle the UI states. This library helps you to load the view corresponding to the state e.g. loading, content, etc. It is written in Swift for iOS so I could not use it.

I had studied about State Machines and Finite State Automata in college but never thought of implementing them. So went through the theory again and looked out for a few examples in C#. There are a lot of good libraries out there but I could not figure out how to use them in association with views of Apple dev environment. After going through a lot of articles I outlined a state machine which could work for my case. 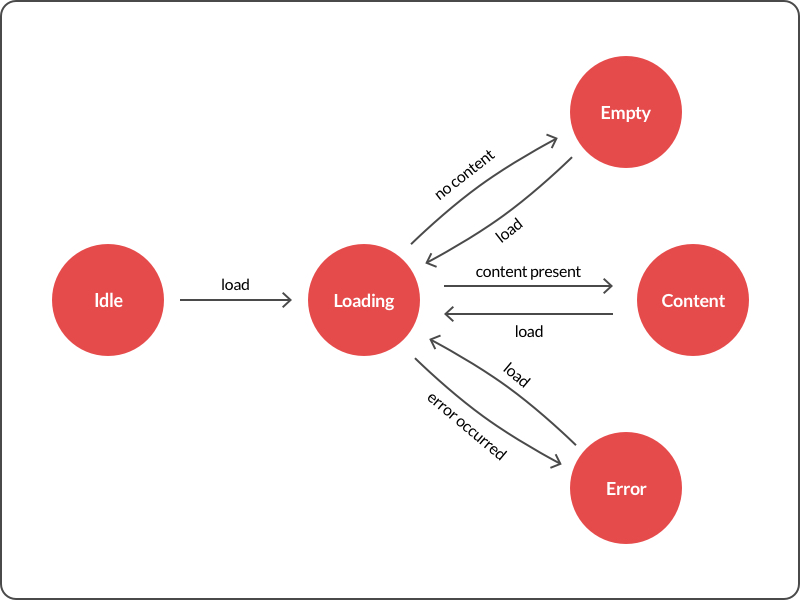 The app for which I was trying to implement all this is a menu bar app for macOS which identifies the song currently playing and fetches its lyrics. The moment you click on the menu bar icon, a popover opens and the first state is the idle state which swiftly transitions to loading state. Depending on the current player (iTunes & Spotify) state, app hits the lyrics API if a song is playing. If nothing is playing, the empty state is loaded. If the API returns success, the content state is loaded else the error state is loaded.

Basic steps to implement a state machine are -

To start with I wrote an abstract class StatefulViewController which would act as the base class for different states of the state machine. This class has two abstract methods viz. Enter and Exit which as the names suggest provide a way for a subclass (which is a state) to define what should happen when that state is entered/exited. This class also contains ContainerView of type NSView in which the corresponding view is loaded from a .xib file. The CurrentDelegate object helps in getting the ViewController in which the views are to be loaded.

For every state, I have a class inheriting from StatefulViewController e.g. for Loading State

On entering this state, a view is loaded from the file LoadingView.xib and then it is added to the superview associated with the only ViewController that we have in the app. I have added separate .xib files for each state to keep them organised. Having multiple views in a single .xib file might have made the task of getting a particular view complicated. 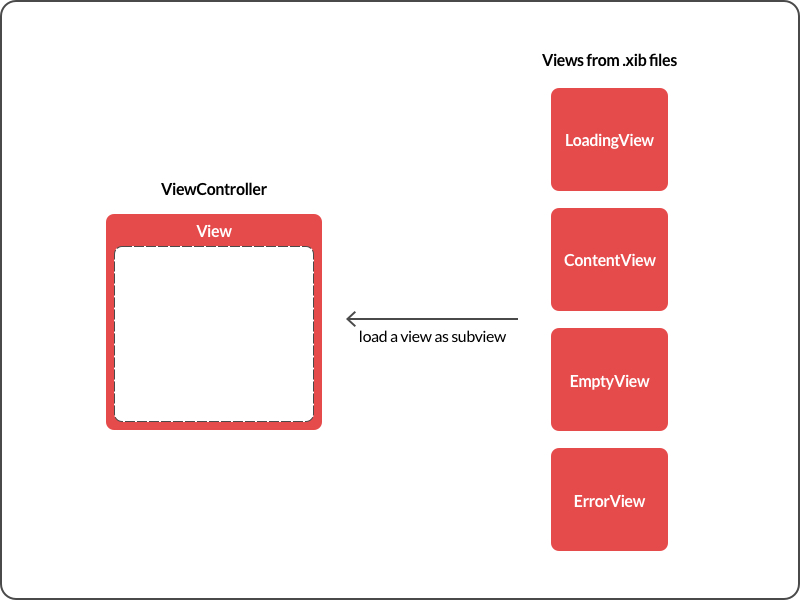 For point 3, I wrote another class - ViewStateMachine. This is the actual state machine implementation. It has methods which can be called from outside to load the required view. Outside world does not know anything about the states or the transitions apart from these methods.

It has two enums States and Triggers which helps in transitioning in the function TransitionToState.

This state machine appears complex but using it is easy and you can immediately identify its need. In the ViewController -

Transitioning to any state is as easy as it gets -

Since I had a hard time implementing all this, I was sceptical about its scalability. I also thought if I was doing something of an overkill here. But it all turned out to be fine. I was able to add another state - Empty and load a corresponding UI view whenever that state is entered. 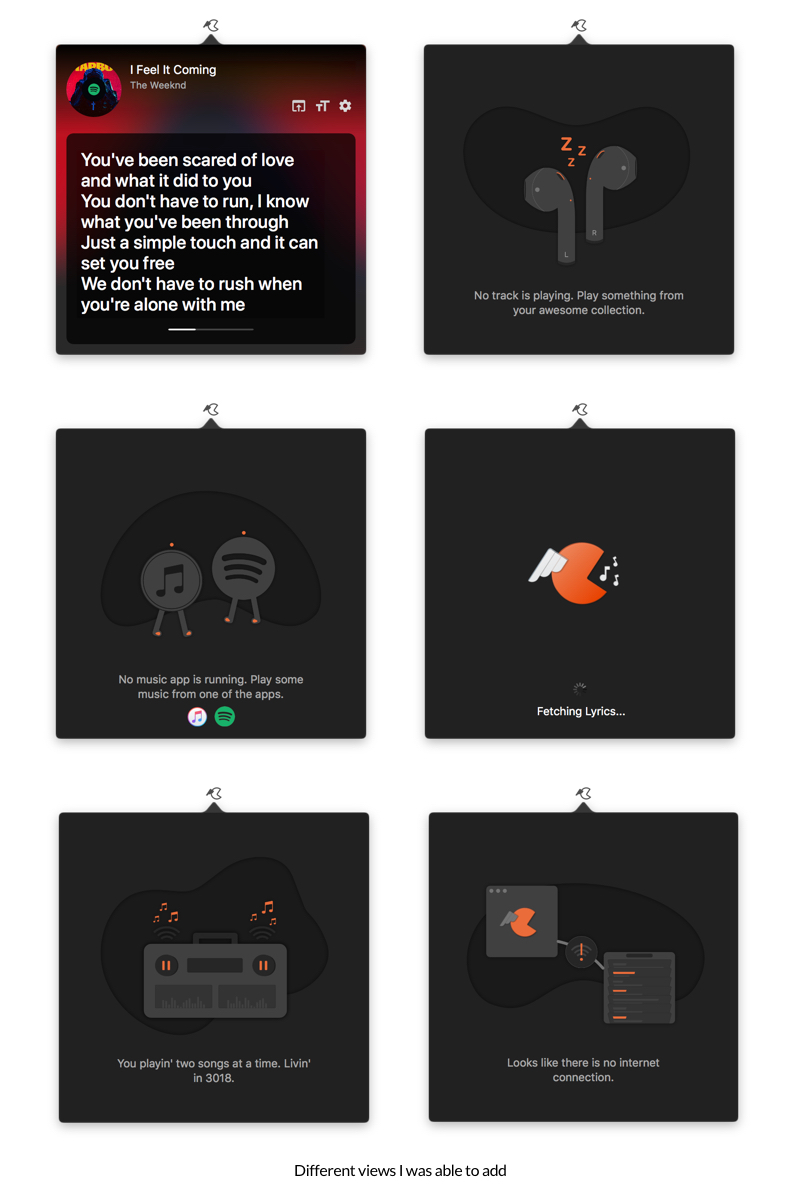 The way I approached UI design for this app was not entirely mistaken. Initially, I had only thought of an additional error state which could have been handled by a couple of if-else conditional statements. What I learned from this project is a way to think of UI design as various states of a state machine. From now on, I instinctively consider a UI content screen as having a minimum of 4 states - Empty, Loading, Content and Error.

All in all, it was a challenging task to implement something that you read as a theory subject in college. State Machines in UI interaction is surely a compelling topic.